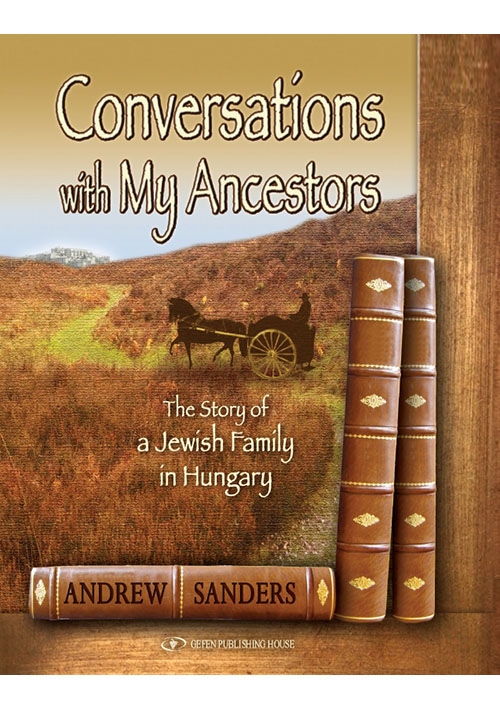 Conversations With my Ancestors

Price: $21.95
Special Price: $16.00
Format: Hard Cover
ISBN 10: 9652295019
ISBN 13: 9789652295019
Catalog Number: 9789652295019
Number of Pages: 328
Year Published: 2011
Description:
Many family genealogists have wondered how to make sense of the disparate collection of documents and gaps in documentation that they have been able to unearth about their ancestors, but few have succeeded as Andrew Sanders has in reconstructing the lives of their forebears. Using documents and known historical facts as a starting point, he has engaged in an extensively researched imaginary dialogue with his ancestors to create a fully drawn portrait of his family. The result is a rich narrative that reads like a novel, drawing us into the lives of one Jewish family caught in the maelstrom of Eastern European history. In the mid-eighteenth century, the Austrian emperor Charles VI decreed that in the Czech provinces, only the oldest son of a Jewish family could marry. What were the others to do? They found heaven, or so they thought, in the nearby land of Hungary. The Magyars ethnic Hungarians welcomed anyone willing to learn their difficult language and commit to their nationality. The Bohemian, Moravian, as well as some Austrian and Silesian Jews were enthusiastic in accepting that invitation. They became Hungarian Jews, built a successful Western European style country for their hosts, and subsequently, their effort was rewarded by the massacre of over half a million of them at the hands of the Hungarian Nazis. This detailed story of one such family makes an engaging read for anyone interested in Hungarian Jewry, genealogy, or families.
You may also like: