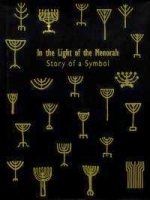 Description:
The aim of this book is to examine the menorah from a variety of perspectives. The eighteen articles appearing here were written by scholars and experts in their fields: some were composed especially for the book, and some were adapted from previously published articles for this purpose. Each article discusses a specific topic, though the list is by no means comprehensive. The articles are brief, but further references are provided for those who wish to learn more on each topic. The book opens with an essay on the selection of the national emblem of the State of Israel. The next group of articles relates to the sources of the menorah's form. This is followed by a discussion of the messianic message inherent in the menorah. A large section deals with the role of the menorah in liturgical contexts and on ritual objects from ancient times through the modern era, including a discussion of the menorah in Christianity. Also included is the story of the menorah in Kabbalah and mysticism, followed by articles on the role of the menorah in contemporary art and applied graphics. The book concludes with a discussion of the relationship between the menorah and the Magen David, a symbol that has accompanied the menorah since the late Middle Ages, sometimes even taking its place.