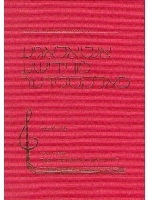 Price: $51.20
US release Date:
US orders placed before US release date ship from israel.
For US shipping, place your order after the US release date.
Format: Hard Cover
ISBN 10: 9654933500
ISBN 13: 9789654933506
Catalog Number: 9789654933506
Number of Pages: 260
Year Published: 2002
Description:
Mark Warshavsky was born in Odessa in 1848 and was a poet-composer of many famous Yiddish folksongs. It was Sholom Aleichem who first discovered Warshavsky with whom he often appeared in cultural evenings in Kiev. Like some of the early songs of Gebirtig - Warshavsky's songs too became folksongs, the lyrics and melodies spread like wildfire among the Jewish masses.
The appearance of Warshavsky's Der Alef Beys, or as it quicky became known from its first words Oyfn Pripetchek, caused a real revolution in the minds of orthodox as well as progressive Jews in Eastern Europe.
You may also like: