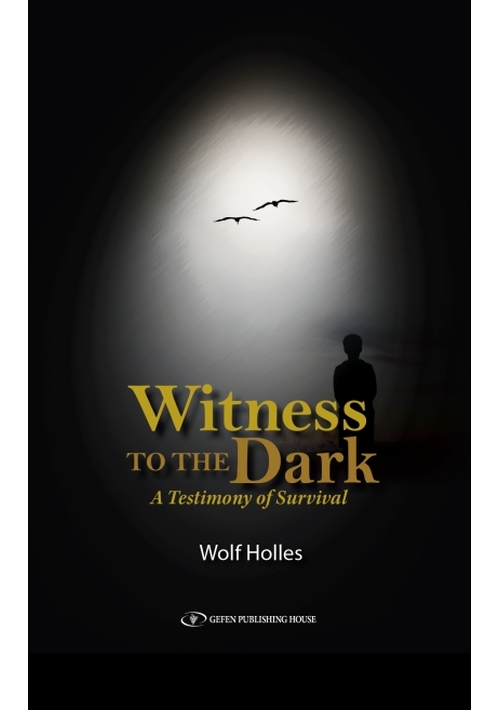 Witness to the Dark

Price: $14.95
Format: Paperback
ISBN 10: 9657023904
ISBN 13: 9789657023907
Catalog Number: 7023-90
Year Published: 2022
Description:
As the end of World War II approached, efforts were made at many Nazi concentration camps to destroy records and either to murder the remaining prisoners or to transfer them elsewhere. This was in response to SS instructions that no prisoners should be found when Allied troops arrived.
The death marches are infamous, but less well known is that there were also many transfers by train. These transports were frequently conducted from within the camps themselves. When the Allied armies smashed beyond the Rhine and began slicing into central Germany, in early April 1945, three trains left Bergen-Belsen. One reached its destination in Theresienstadt. The second was liberated by the Americans at a village near Farsleben in Germany. The last of the three transports, the one we were on, was the last train to leave Bergen-Belsen. It never reached its destination.
Our train contained about twenty-five hundred Jews  men, women, and children  and a group of armed SS guards. We were all loaded into forty-five railway cars. Some were passenger cars and some were typical antiquated freight cars called forty and eights, signifying that these cars would accommodate forty men or eight horses. I was thirteen years old when I climbed with my mother and two brothers onto this train.
The armed SS guards, striding around the platform, kept motioning for the prisoners to move, yelling over the noise of truck engines, Vorwärts! Schneller! Move it! Faster! Get it moving! Get it moving!
The question on everyones lips was Where are we going?