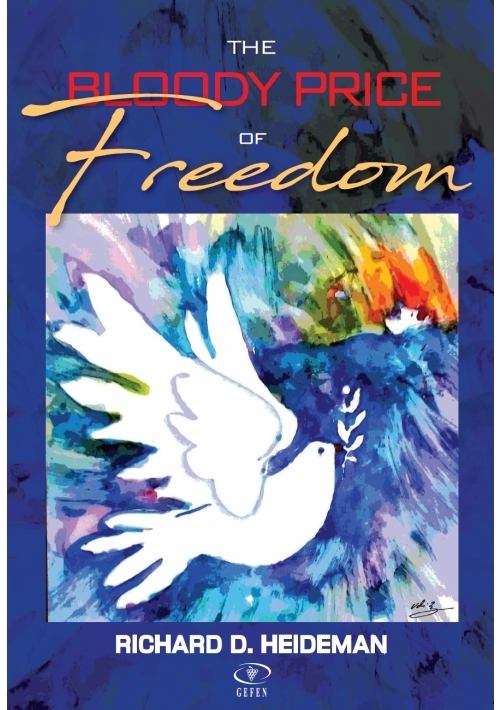 40 percent off to members of organizations that have held events in connection with the books release.
The Bloody Price of Freedom

Time will tell if the dove of peace will touch down in the hearts and minds of the Arab people across the region and whether or not these winds of change will result in a further departure from the century-old Arab League mandates of hatred against Israel. The fact remains that since the emergence of the modern Zionist movement in the nineteenth century, the idea of the reestablishment of the Jewish national home in its ancient land has been under assault.

The Bloody Price of Freedom traces the battle the democratic State of Israel has faced for its existence since its legally sanctioned establishment in 1948. The book analyzes the insidious attacks; maligning worldwide propaganda; economic, academic, and other boycotts; as well as the misapplication of international law in the United Nations and elsewhere that have been leveraged against Israel. A special section on the International Court of Justices 2004 nonbinding advisory opinion on the construction of Israels terrorism-prevention security fence includes detailed illustrative maps.

This meticulously documented volume is essential reading for anyone interested in standing against the demonization of Israel and anti-Semitic attacks upon the Jewish people.
You may also like: