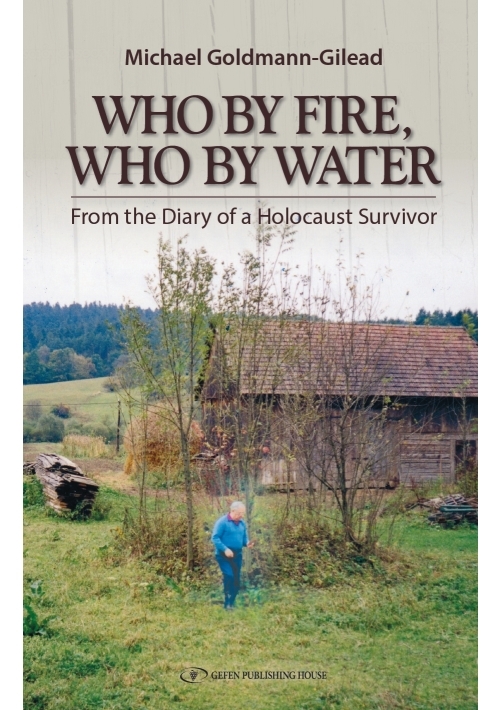 Who by Fire, Who by Water
From the Diary of a Holocaust Survivor
Author: Michael Goldman-Gilead
Price: $18.00
US release Date: 3/28/2022
US orders placed before US release date ship from israel.
For US shipping, place your order after the US release date.
ISBN 13: 9789657023839
Catalog Number: 7023-83
Number of Pages: 272
Year Published: 2022
Description:
While Im writing these words Im sitting next to my bed in a military hospital, wounded in my leg. Not only did I escape from the death march, but I am now a soldier in the Red Army and fighting at the front against my enemies, the enemies of all humanity.

So writes Michael Goldmann-Gilead in the first entry of this extraordinary firsthand account of one of the most tumultuous periods in all of human history. Although the author kept a diary from his early youth in the 1930s, and even scribbled on pieces of paper in a labor camp in the Przemyśl ghetto during the war, he was unable to write during his time in Auschwitz-Birkenau or on the death march, and earlier writings were forever lost. This volume contains the extant portions of his postwar diary, supplemented with letters written in the immediate aftermath of World War II, covering his illegal immigration to Palestine, his arrest and detention in Cyprus, and his eventual arrival in the Jewish State of Israel. This is a remarkable witness to history.
You may also like: