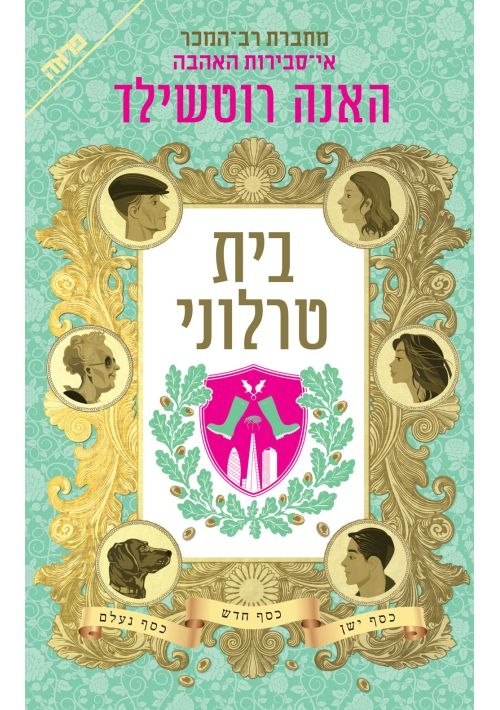 House of Trelawney (Hebrew)
Beit Trelawney
Author: Hannah Rothschild
Price: $32.00
Special Price: $29.00
ISBN 10: 3626335
Number of Pages: 422
Year Published: 2021
Description:
Hannah Rothschilds second novel is a multi-generational family saga of the kind popular in the 1980s. Revolving around the aristocratic and dysfunctional Trelawneys as they struggle to deal with the financial crash of 2008, their own bad choices and their crumbling 800-year-old castle, it moves between the lush coast of south Cornwall and the high-rise sterility of the City of London. Jane, the 24th earls daughter-in-law, is struggling to feed the family on supermarket mince, but her resilience will be sorely tested by a new arrival: Ayesha, daughter of her university friend Anastasia, who vanished from England to marry an Indian maharaja 20 years ago. Now dying, Anastasia entrusts her only child to the care of Jane and her other old friend Blaze, the earls daughter, who is brilliant at finance but a failure at love. Nobody will ever be the same again.

Rothschild, whose ebullient debut The Improbability of Love won the Wodehouse prize for comic fiction, takes us once again to a sphere of vulgar greed and tasteful snobbery in a way that captivates the reader.
You may also like: