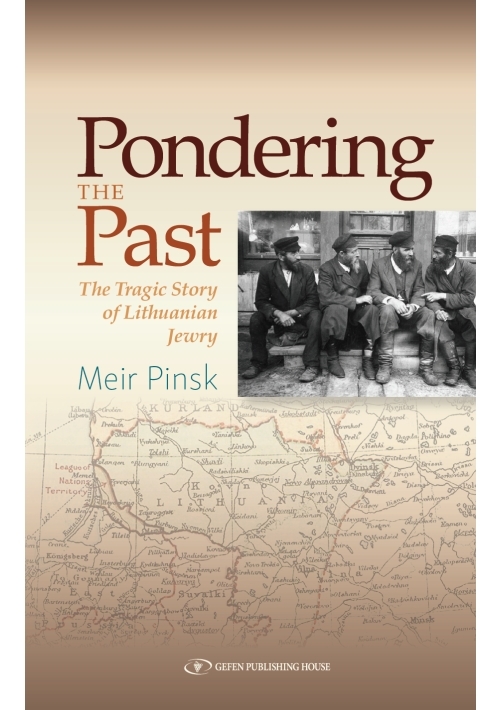 Price: $14.95
Format: Paperback
ISBN 10: 9657023238
ISBN 13: 9789657023235
Catalog Number: 7023-23 / g7323
Number of Pages: 192
Year Published: 2021
Description:
This book surveys the rich history of Lithuanian Jewry from the turn of the first millennium to its devastating conclusion during the Second World War, when the Lithuanian Jewish communities were totally wiped out by the Nazis and their collaborators. The participation of many Lithuanians in the persecution of the local Jews is a topic that is hardly popular in the modern independent state of Lithuania. Pondering the Past counters Lithuanian historians attempt to justify the mass murder.
Archival materials disprove various false accusations and myths that the Lithuanians fabricated against the Jews.

Dr. Pinsk has traveled to Lithuania many times, both to the major cities and small towns. The war monuments and killing pits serve as a constant reminder of the tragedy of the Jews on Lithuanian soil. These emotional visits inspired him to reflect on the past and the present of Lithuania, whose Jewish population today numbers merely four thousand individuals. He surveys the enduring anti-Semitism of this country. He also relates the story of several hundred brave Lithuanians who saved some Jews and describes the new generation of Lithuanians.
You may also like:

The Massacre of the Jews of Lithuania Price:$24.95
More Info