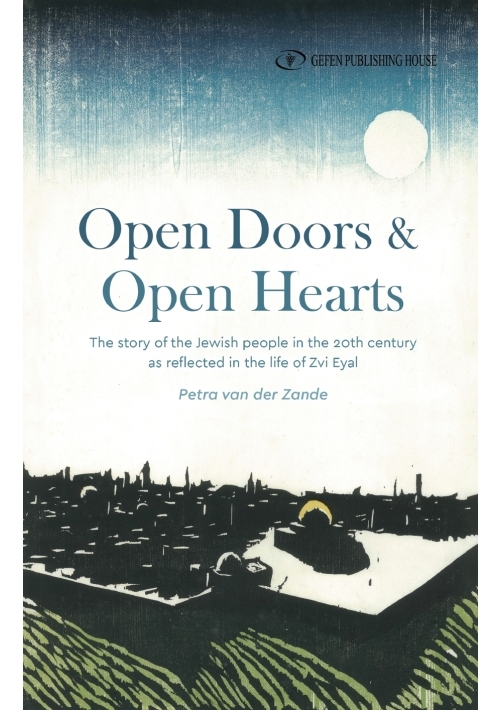 Also available on Amazon.
To order on Amazon click here.
The Story of the Jewish People in the Twentieth Century as Reflected in the Life of Zvi Eyal
Author: Petra Van Der Zande
Price: $18.95
Format: Paperback
ISBN 10: 9657023300
ISBN 13: 9789657023303
Catalog Number: 7023-30
Number of Pages: 320
Year Published: 2021
Description:
Zvi Eyal was born Harry Klafter in Utrecht, the Netherlands. As a teenager, he was imprisoned in
Westerbork, the Nazi transit camp whose purpose was to prepare Jews for extermination by creating a
virtual reality, depicting a quasi-normalcy made possible by the victims' denial of the facts on the ground.

Zvi finished high school in defiance of the ongoing extermination of Dutch Jewry. On the eve of his
transport to Auschwitz he miraculously escaped, and with the courageous help of three Dutch families
survived the war. The saga of his illegal aliyah to Palestine, participation in the War of Independence, the family he built, and the distinguished career he led in surgery exemplifies the ingathering of the Jewish Zvis tenacity and drive, coupled with the hospitality and humanity of those who opened their doors and their hearts during the years of fury, are testaments of hope in mankinds ability to overcome evil and seek a
better tomorrow.
You may also like: