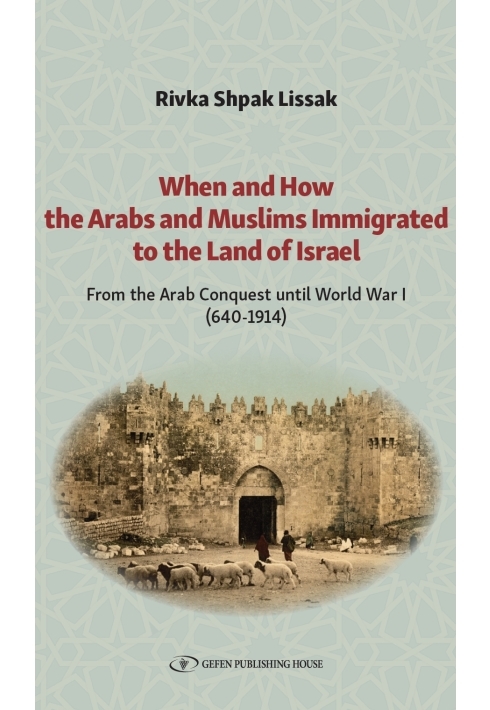 Price: $24.95
Format: Paperback
ISBN 10: 9657023440
ISBN 13: 9789657023440
Catalog Number: 7023-44
Number of Pages: 369
Year Published: 2021
Description:
The goal of the Palestinian national movement, including the Palestinian Authority, is to rewrite the history of the Land of Israel. The Palestinian Arabs developed several agendas about the history of the country, one claiming that they are the ancient population of the country they call Falastin (Palestine) and the Jews have no historical claim on that country. Professor Shlomo Sand adopted one of their agendas and claims that the Romans never exiled the Jews 2,000 years ago and the Jews converted to Islam during the Arab-Muslim occupation of the country (6401099). He concludes that the Palestinians are the descendants of these Jews and the country belongs to them.

But, the historical facts tell a different story:
This volume brings historical and archaeological research on the ethnic-religious composition of the population of the country from the Arab-Muslim occupation until World War I. The second volume will deal with the years 19181948 until the establishment of the State of Israel.

The books aim to disprove the thesis that the Arabs in Israel are the ancient population of the country and prove that most of them are descendants of immigrants who came to the country from Arab and Muslim lands in small numbers during a slow process taking hundreds of years. Some were invited by the various occupation governments who wished to settle the unpopulated regions of the country. Between the end of the 19th century and the start of World War I in 1914 the immigration became greater due to the economic opportunities and employment created by the Zionist movement, Jewish investors, and Christian organizations. The economic development created much better opportunities compared with the situation in their home countries.