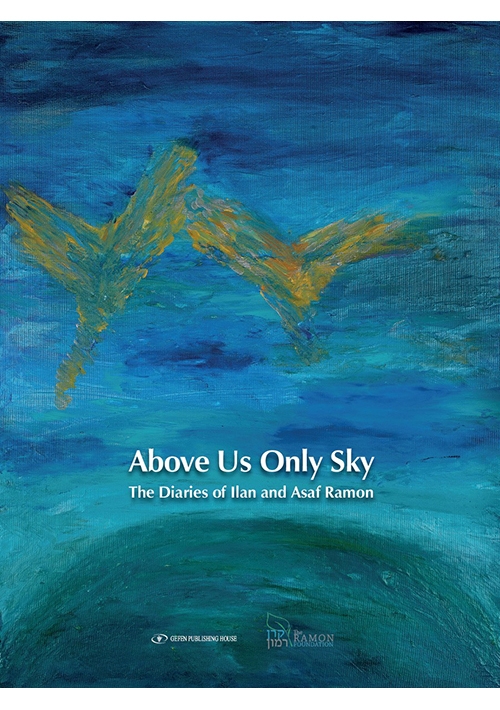 Description:
Above Us Only Sky tells the personal story of two of Israel's best sons, Ilan Ramon, the first Israeli astronaut, and his oldest son Asaf Ramon, who followed in his footsteps and became an F-16 pilot. The book is based on a collection of the diaries and letters they left behind, opening a window to their souls and their unique thoughts.

In many ways, their writings are a father-son dialogue between two men who fulfilled their dreams but ended their lives in the skies, under similar circumstances, the father in the 2003 space shuttle Columbia disaster, and the son in a devastating 2009 training accident. Following their deaths, Rona Ramon, wife to Ilan and mother to Asaf, realized that she had been entrusted with a wonderful treasure that she wanted to share with others.