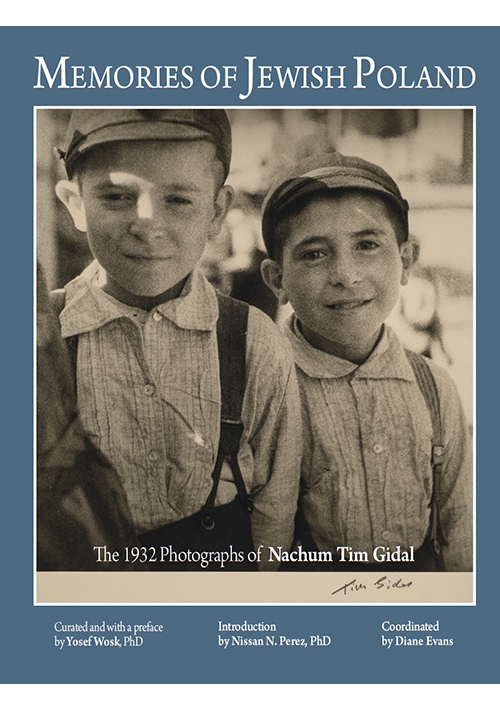 Description:
In 1932, the budding twenty-three-year-old photographer Nachum Gidalewitsch (who would later become the celebrated Israeli photographer Tim Gidal) set out from his hometown of Munich, Germany, to visit relatives and photograph what were to him the exotic locals in Jewish Poland. The extraordinary photographic record of that visit is here presented for the first time in book form, in a poignant testimony and remembrance of a community that had no way to know it was in its last years.

Gidal, who emigrated to British Mandate Palestine in 1936, was one of a select group of photographers who took advantage of new technology  specifically the lightweight and portable nature of the Leica camera  to found the pioneering field of photojournalism. He would go on to document World War II as a photo reporter and later to become a noted objective photographer.

In these photographs taken early in his remarkable career, Gidal captures the poignant ordinariness of a thriving community just before its annihilation. These straightforward, honest, and intimate portraits embody the mission the photographer himself once described as capturing variations on the everlasting tragicomedy of human life.