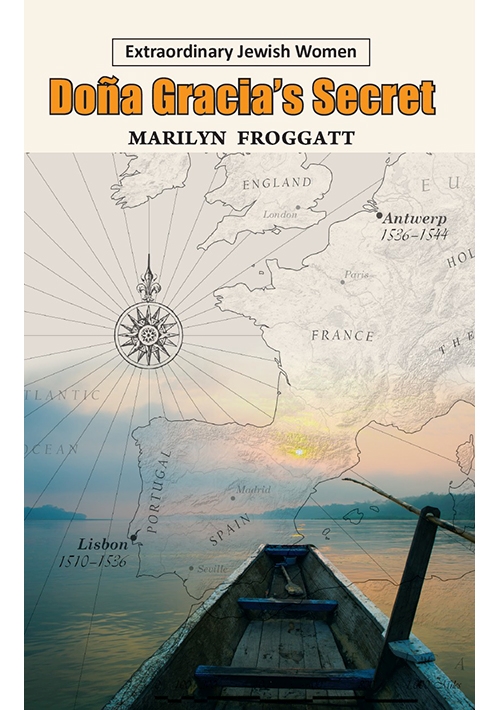 Description:
This narrative biography for young adults brings to life the dramatic story of Doña Gracia Nasi, born in Portugal in 1510 into a Sephardic Jewish family forced to pose as Christians to survive the brutal Inquisition. She discovered her family was secretly Jewish in her teens, promising her dying mother that she would live according to Judaic traditions and do all she could to help other secret Jews escape persecution. She kept that perilous promise for the rest of her life.

After being widowed by her wealthy husband, Don Francisco Mendes, Doña Gracia achieved success as an internationally prominent business tycoon in an era when almost all women were confined to domesticity. Her life became a dangerous game of hide and seek as she escaped from country to country, one step ahead of the Inquisition and the kings, queens, and popes who coveted her wealth. All along, she operated an underground railroad to help Jews. In her final years, she struggled to establish a permanent home for endangered Jews in Tiberias, Israel, and almost succeeded. Doña Gracia died in 1569, a surreptitiously beloved heroine. Almost forgotten for five hundred years, she is today an inspiration for her spiritual and feminist legacy.