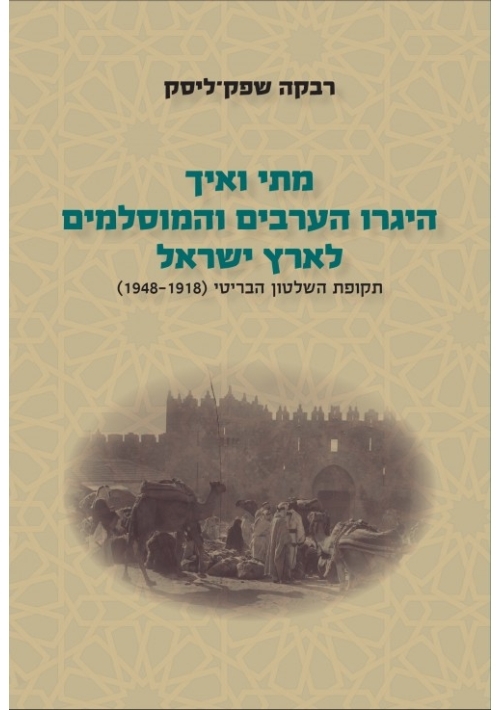 When and How did the Arabs and Muslims Immigrate to the Land of Israel? Part 2 1914-1948 (Hebrew)
Eich Higru Haaravim Vehamuslumim Laeretz Yisrael Chelek 2
Author: Rivka Shpak Lissak
Price: $34.00
Special Price: $28.00
ISBN 13: 978965201026
Year Published: 2019
Description:
One of the most commonly repeated claims made by spokesmen of Arabs from Judea and Samaria is the claim that they have been connected to the Land for many generations, but new research by Dr. Rivka Shpak-Lissak shows that this is not true at all.

The research, which is included in its totality in her book When and How did the Arabs and Muslims Immigrate to the Land of Israel (Yediot Aharonot Press), reveals how the regime of the British Mandate brought about the flow of hundreds of thousands of Arabs to the Land of Israel. This occurred despite the fact that the purpose of the Mandate was to establish a national home for the Jewish People in the Land of Israel.

This is volume two of this work and it documents how the British Mandate betrayed its function and acted in a manner totally opposite to its avowed purpose of creating a homeland for the Jewish People.
You may also like: