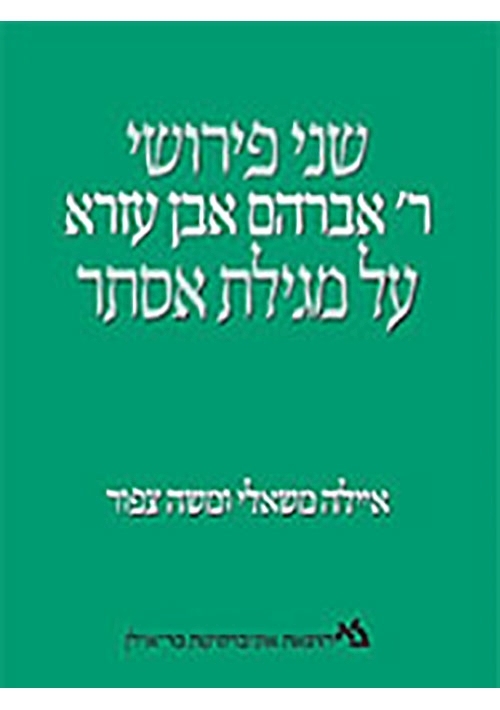 Abraham Ibn Ezra's Two Commentaries on Megilat Esther (Hebrew)
Author: Ayala Mishaly
Price: $40.00
Special Price: $32.00
ISBN 13: 9789652265364
Year Published: 2019
Description:
An annotated critical edition of the two commentaries written by Rabbi Abraham Ibn Ezra on Megilat Esther. In the edition, there are three sections: the commentary itself (based on manuscripts), an analysis of the different versions and an extensive commentary on the interpretation. The commentary notes its varied sources, compares the two interpretations to each other, and compares them with parallel statements in Ibn Ezra's other works and in the writings of his predecessors and contemporaries. The commentary focuses on Ibn Ezra's path as a commentator and linguist, on his connection to history and realism, and follows in particular the changes in the understanding of the writings that have taken place between his various works.
You may also like: