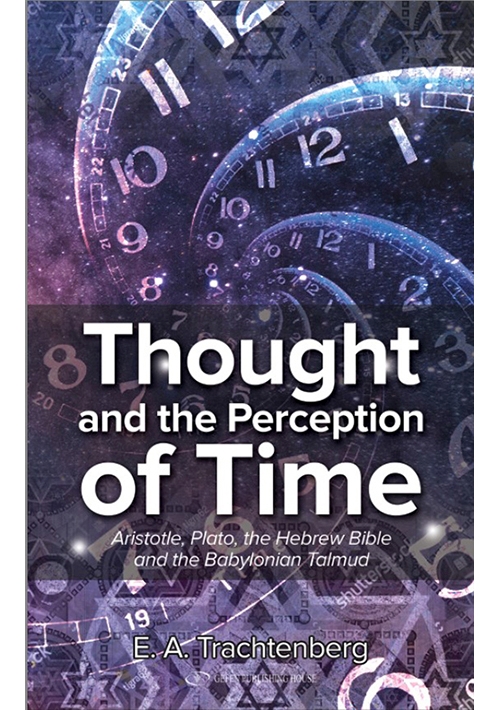 Thought and the Perception of Time
Aristotle, Plato, the Hebrew Bible, and the Babylonian Talmud
Author: Eliezer A. Trachtenberg
Publisher: Gefen Publishing House

Description:
Thought and the Perception of Time: Aristotle, Plato, the Hebrew Bible, and the Babylonian Talmud analyzes thought using two models, demonstrating that while Greeks think step by step, sequentially, like in a logical syllogism, Jews do so in a multi-stream parallel process in which many factors affect decision-making simultaneously.

Trachtenberg reveals the fascinating implications of these differing modes of thought, including the striking observation that parallelism, processing ideas simultaneously on multiple tracks, requires moral judgment in order to discern which factors take precedence, while sequentiality precludes moral judgment, since all one can do is to question which first principle takes precedence in a given situation.

Trachtenberg uses the contrast between sequentiality and parallelism to gain new insights into a variety of phenomena from anti-Semitism to Godels dilemma (consistency versus completeness of thought) and to compare systems of thought throughout the ages as viewed through the works of prominent thinkers and writers, both Jewish and non-Jewish.