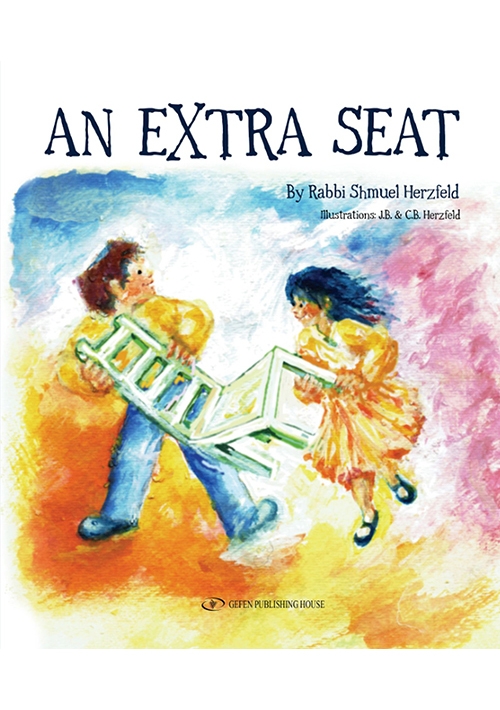 Nine years later, the two children come to understand the power of activism, public protest and commitment to a greater cause, as they finally witness Sharanskys release from prison.

An Extra Seat is a childrens book based on on the life of two children growing up in the Hebrew Institute of Riverdale, a synagogue led by Rabbi Avi Weiss. Focusing on the plight of the Jewish Zionist prisoners  brought to the worlds attention by the highly publicized arrest of Anatoly Sharansky Rabbi Avi Weiss plays a central role encouraging his congregation to see the refuseniks (whose simple aim was making aliyah to Israel) as brothers and sisters whose rights should be fought for with unremitting public protest.

The two child protagonists, Sarah and Joseph, experience the reward of these efforts as they witness Sharanskys remarkable release, nine years into his 14-year sentence. The book provides a message of hope  especially to children who are encouraged to see the value of their ideals, values and actions. This book is has as its central premise human and Torah-based Jewish values, such as: While it may not be our job to complete a task, we are obligated to try. We have the greatest responsibility to help our own family. All of the Jewish people are one family. Thus we are all responsible to help each other.

In this deeply heartfelt book, Rabbi Shmuel Herzfeld shares a story he often tells the children of his synagogue  along with his profound belief in the invaluable Torah
teaching: While it may not be our job to complete a task, we are obligated to try.
You may also like: