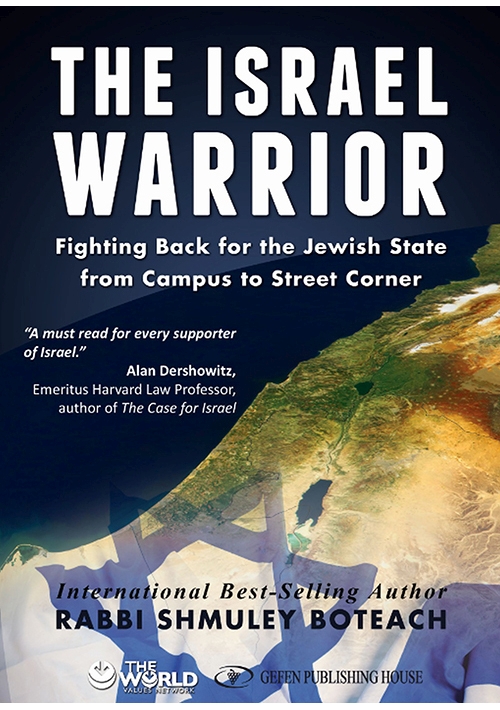 Price: $19.95
Special Price: $14.96
Format: Hard Cover
ISBN 10: 9652298832
ISBN 13: 9789652298836
Catalog Number: 9789652298836 / 883-6 / g883
Number of Pages: 250
Year Published: 2016
Description:
Are you fed up with the nonstop attacks on Israel that reek of double standards and hatred? With the foul moral equivalency of Jews dying as targets of terrorists and Palestinians dying undertaking acts of terrorism? With the United Nations continuous condemnation of the only democracy in the Middle East, while overlooking the ghastly human rights abuses of its Arab neighbors? With the duplicity of the Western media, which cares more when Israelis add rooms to apartments in East Jerusalem than when over 470,000 Arabs are killed in Syria?
There comes a point when we stop and say, Enough. We will no longer tolerate anti-Israel lies. We will stand up for Israel and truth.

The goal of this book is to give you the information and the tools you need so that together, we can accomplish this important and urgent task. You will use your knowledge and your wits to fight back in debate, discussion, and dialogue to publicize the justice of Israel s cause. This book is dedicated to the proposition that Israel can and will win the argument in the marketplace of ideas because her greatest commodity is the minds and souls of those who care enough to learn the truth and then, armed with that truth, the courage to take a stand.

Become a warrior for Israel.
You may also like: