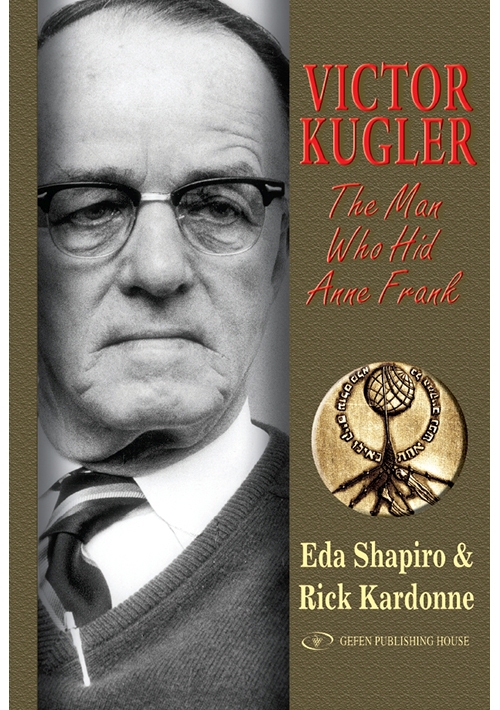 Price: $14.95
Format: Hard Cover
ISBN 10: 9652294101
ISBN 13: 978-9652294104
Number of Pages: 144
Year Published: 2008
Description:
Of all the personalities associated with Anne Frank, the most important figure, without whom Anne Frank would never have been able to write her diary, is perhaps the least known. He is Victor Kugler, the Mr. Kraler of the diary. The principal
business partner of Otto Frank, Victor Kugler assumed managerial control of the Franks Amsterdam spice-importing business when Nazi persecution forced the Frank family into hiding. It was Victor Kugler who kept the business going and
obtained food rations under what was the harshest German wartime occupation in all of Western Europe. Without Victor Kugler, Anne Frank and her family would have starved to death a month after going into hiding.

For this heroism, Victor Kugler himself was arrested and sent to a series of German labor camps in Holland where he survived by his wits and finally escaped a few weeks before the end of the war. Several years after the end of the war, when the Dutch spice business collapsed following the Indonesian revolution that nationalized Dutch holdings, Victor Kugler emigrated to Toronto, Canada.

There, he led a quiet life where nobody knew who he was and what he had done during the war. Only twenty years later he began to reveal his story. The modern-day saga of this Righteous Gentile, who was honored as such at Israels Yad Vashem Holocaust Martyrs and Heroes Remembrance Authority, is told here in semi-documentary style, largely in his own words as told to Torontonian Eda Shapiro, herself of Eastern European Jewish background; and by many others who knew him, as compiled by well-known Toronto writer-journalist Rick Kardonne.
You may also like: