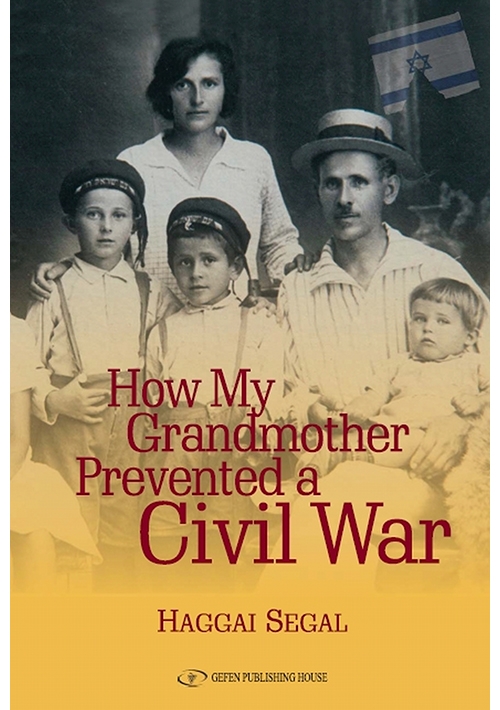 Price: $24.95
Special Price: $20.00
Format: Paperback
ISBN 10: 9652296171
ISBN 13: 9789652296177
Catalog Number: 9789652296177
Number of Pages: 384
Year Published: 2014
Description:
In the winter of 1948, only a few months before the establishment of the State of Israel, the tension mounted between the Haganah and the Irgun, two competing bands of Zionist freedom fighters. When the body of Irgun fighter Yedidya Segal was discovered at the foot of Mount Carmel, the Irgun accused the Haganah of murder. It would not have
taken much for the incident to trigger a bloody civil war, even with the Arab enemy on the threshold. But Yedidyas bereaved mother begged
the would-be avengers to lay down their arms.

How My Grandmother Prevented Civil War is a translation to English of Segal's Rak Lo Milchemet Achim
You may also like: