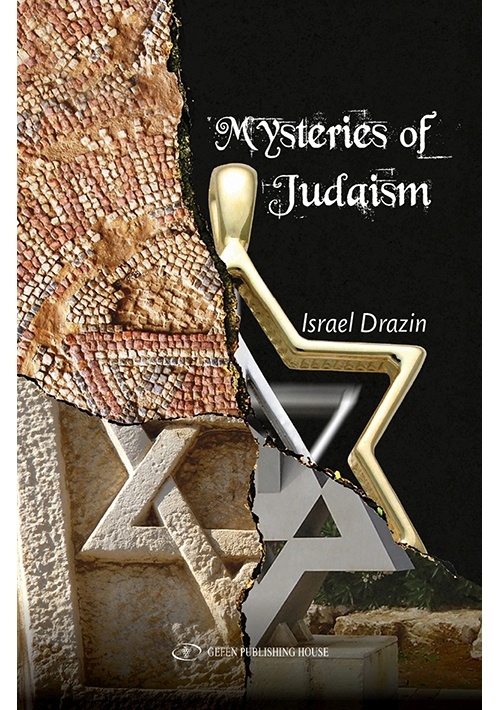 Also available on Amazon.
To order on Amazon click here.
Author: Israel Drazin
Price: $18.00
Format: Hard Cover
ISBN 10: 9652296511
ISBN 13: 9789652296511
Catalog Number: 651-1 / g651a
Description:
Judaism today is radically different from the Judaism described and mandated in the Torah, writes Rabbi Dr. Israel Drazin, a noted authority on Jewish life, history and thought. For example, around the time of the destruction of the Temple, rabbinic reinterpretation changed both the observance and the religious significance attributed to the festivals. Thus, the biblical day of Passover on Nissan 14 was totally eliminated and the seven-day holiday called the Festival of Matzot, beginning Nissan 15, was
renamed Passover. Likewise, the biblical holidays Yom Teruah and Yom Habikurim were transformed into Rosh Hashanah and Shavuot. The practice of building huts during Sukkot is likely more tied to the lack of lodging space in Jerusalem during the harvest festival than any biblical origin, says the rabbi.

This book challenges some of the basic assumptions about Judaism, showing how many of them are nowhere to be found in the Hebrew Bible, and some even have their origins in pagan cultures. It will surprise readers to hear, for example, about bizarre wedding practices, the Queen of Sheba myths, or the fact that classical religious sources are not always right. At its core, the book strongly challenges discriminatory practices against women, such as the seclusion of women during religious services and the problem of the agunah, women held in failed marriages by husbands who will not provide a religious divorce.

With topics spanning the range of religious practice, Mysteries of Judaism will astonish and enlighten readers as it reveals the complex relationship between biblical and rabbinic Judaism.
You may also like: