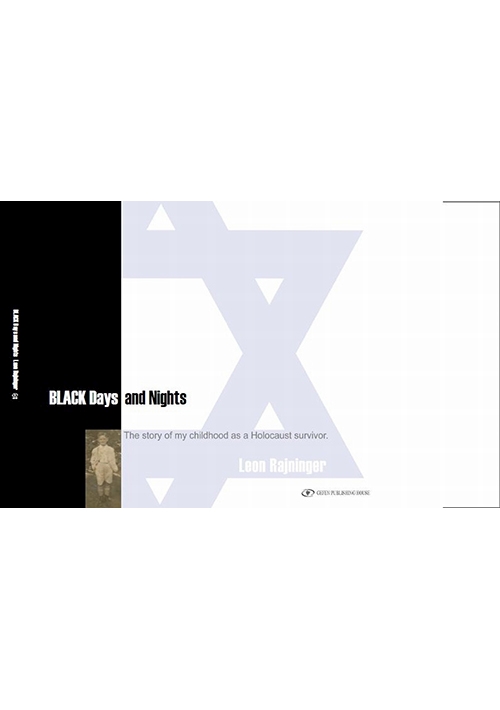 Price: $19.95
Special Price: $18.40
Format: Hard Cover
ISBN 10: 9652296341
ISBN 13: 9789652296344
Catalog Number: 9789652296344
Number of Pages: 72
Year Published: 2013
Description:
When Leon was eight years old, his grandfather took him to a one-man stage performance titled, Papirena Kinder, or Paper Children. It told the story of a bereaved old man who, despite having raised five children, had been abandoned by all of them in his old age. All he had of them were their childhood photographs from a time long past- a time when he was their hero. This wistful tale shaped a deep impression in young Leon and set the stage for how he would fight for his life, and his parents survival, during the years which shortly followed- as Germany set the stage for The Holocaust.

Leon Rajninger completed this book as a youthful 82-year-old grandfather, gifted with longevity after losing most of his childhood to Nazi persecution in his native Romania. Mindful that the number of eye witnesses to this tragedy is steadily diminishing, he wrote this book to tell his story to a generation of children and young adults who may never have heard the words, The Holocaust. Leon has appeared as a Survivor on the floor of the California State Assembly and told this story at The Law School at USF and to students at high schools in San Francisco where he lives with his wife, Eva, and visits often with his loving children and grandchildren.
You may also like: