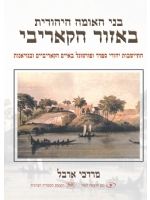 For all their economic and local political power, the Jews were little more than pawns in the 200-year struggle for control of the Caribbean by Holland, Great Britain, France and Spain. Eventually growing tired of this chess game, the Jews of the Caribbean drifted into assimilation or immigrated to the United States, where life was more secure.

An ideal resource and captivating read for those traveling to the region or people with an interest in Jewish history, this is an exceptional book that brings the Jewish communities of the Caribbean to life, with intensity, and with a heartbeat so strong as to secure their proper and rightful place in recorded Jewish history.