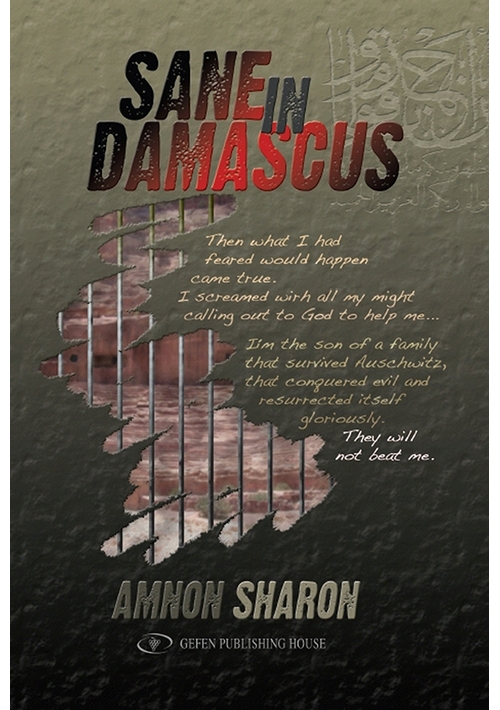 In his book, Sharon details the brutal treatment and interrogations that he experienced in prison. Though Sharon was tortured, though he had no idea what was happening, he held strong through the power of prayer and faith. In his heart he believed that God could save him, that there would be some way out  he never gave up. And despite four months of solitary confinement during which the only human faces he saw were those of his torturers, he held onto sanity, living for the day when he could return to his pregnant wife and young son.

The book Sane in Damascus is an unforgettable documentation of determination and willpower and the ultimate display of strength against a fearful enemy. This book is dedicated to the memory of the soldiers who were willing to sacrifice their lives in order to save the State of Israel in one of the most difficult periods in her history.

Author Amnon Sharon, a colonel in the Israel Defense Force, born in 1947 to Holocaust survivors within double rows of barbed wire in a detention camp in Cyprus, believes that by exposing his personal experiences and his determination to withstand the difficulties of imprisonment, he may serve as an inspiration to others to survive through the means of strength and faith.
You may also like: