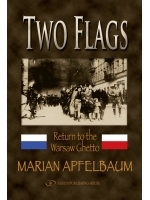 Description:
The Warsaw ghetto uprising was planned and accomplished by two organizations, the ZOB (Zydowska Organizacja Bojowa – Jewish Fighting Organization) and the ZZW (Zydowska Zwiazek Wojskowy – Jewish Military Union). While the part of the ZOB is well known though multiple books and articles, the part of the ZZW has been largely ignored for political reasons. Using extensive primary source material from Polish, Jewish and German sources, much of it here translated into English for the first time, the role of the ZZW is reported and analyzed, with special attention given to the fierce battle waged over the Polish and Jewish flags hoisted over the ghetto.